What if it's also the solution (or at least one of them) to Climate Change?

Atmospheric Carbon Dioxide (CO2) levels have been rising since the industrial revolution. Removing the excess CO2 that gets emitted every year will be necessary in order to mitigate the effects of climate change. By harvesting carbon dioxide with Perennial Crops and Regenerative Agriculture, we can solve food security issues associated with climate change and mitigate climate change at the same time. That's our value proposition. 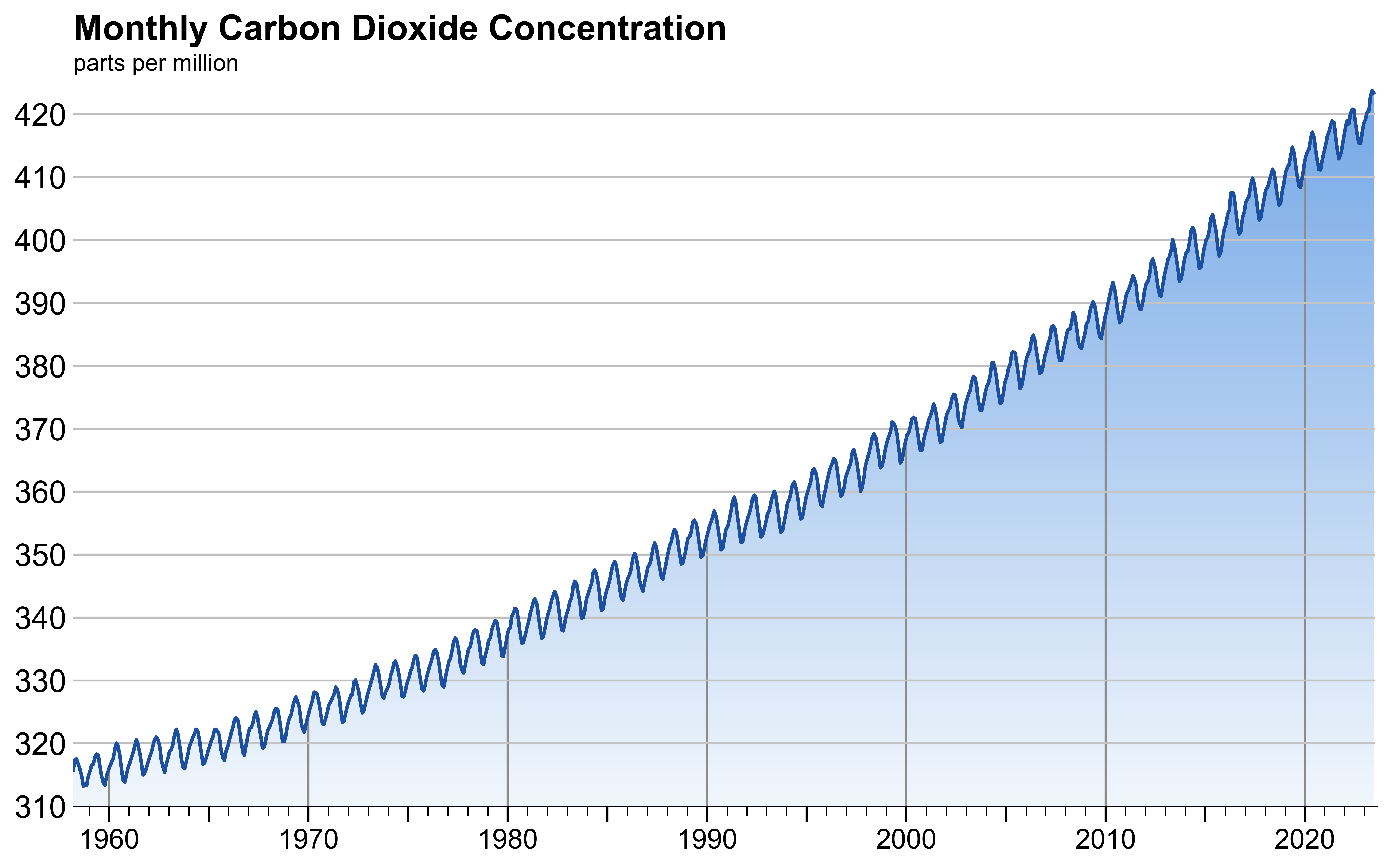 The Other Problem : Food Insecurity

How are Humans Contributing to Global Greenhouse Gas Emissions?

The majority of electricity production comes from burning Natural Gas and Coal.

Photosythesis is the most logical and cost effective "technology" to mitigate the effects of too much Carbon Dioxide in the atomsphere. It can be deployed anywhere there is light and doesn't need to be licensed.

What if every meal you ate removed more carbon dioxide from the atmosphere than it emitted?

However, you can choose to remove carbon from the atmosphere more than a few times in your life by eating the right kind of food. The nutritionally dense kind. The type of food that adds value to the natural and economic capital of this planet.

We know photosythesis can remove atmospheric Carbon Dioxide. The evidence is in the Keeling Curve (https://keelingcurve.ucsd.edu/)

In the Summer the CO2 concentration goes down and in the Winter it goes up. The only logical explanation is that the Forests, Grasslands, Riparian zones come out of dormancy and start a process called Biomass Accumulation (i.e. Carbon Sequestration). Essentially, Mother Earth takes in a big breath of CO2 (via Photosythesis) in the Summer and humans keep, for a lack of a better term, "farting" more CO2 than can be absorbed each growing season.

So, in theory, if we can maximize the photosythetic potential accross the landscape, then we can Kill the Keeling Curve.

The Proof is in the Pudding, as they say, and the pudding is Regenerative Agriculture. Folks have been proving that it works for a long time, and it's time for others to follow suit. Check out some of our "heros" below.

1. Reduce Synthetic Fertilizer and Pesticide Use

The easiest Carbon Dioxide to remove from the atmosphere is the one we never release by using fossil fuels.

Phosphorus gets bound up in the soil from fertilizer fairly quickly and needs to be applied at the right time for the plants to absorb it.

It brings proven results for farmers to have a profitable business and livelihood. Conventional inputs become unnecessary, increased organic matter in the soil brings insect biodiversity which helps manage pest pressure and the end market for organic crops increases the overall value of their crop making product value the priority over the conventional method of purely valuing yield.

At a time when there are more farmer suicides and bankruptcies than ever, bringing back economic success and life on the farm has never been more important.

Farmers need to be incentivised to make changes to their current operation.

Go grab some coffee! This can take a while.